Technology has taken a domestic turn, and now aircraft interior designers are weaving this softer edge into the cabin experience, too.
Sprawled across the ground floor of Rossana Orlandi’s eponymous gallery in Milan last April was a model for how technology can meld, unobtrusively, into the domestic. The exhibition, entitled Software, was by Google and curated by Dutch trend forecaster Lidewij Edelkoort, who had coined the titular terminology two decades prior, giving shape to a reality that, at the time, was only beginning: the convergence of technology and daily life.
The software was Google’s first foray into the annual Salone del Mobile, a week-long furniture and design fair that draws crowds by the hundreds of thousands from around the world and across industries, such as architecture, fashion, and even aviation. Among those who descended on the Italian metropolis were a small team from tangerine, a design consultancy known for its work on British Airways’ iconic yin-yang business-class cabin and, more recently, interior designs for Virgin Australia Cathay Pacific, and Gulf Air.

“We attend these types of shows not to identify trends – these are of no use in the aircraft world where designs have a longer shelf life – but to be aware of how tastes and expectations beyond the cabin are evolving,” says Emma Partridge, head of Color, Material, and Finish (CMF) at tangerine. The firm’s designers reported back from Milan on Google’s domestic turn and Sony’s Hidden Senses installation, which showcased how hidden sensor technology could animate ordinary objects. “What we are noticing is that the pull of technology no longer means things have to be hard or less sumptuous,” Partridge says.
Maria Kafel-Bentkowska, CMF project head at PriestmanGoode, herself a regular attendee of shows like Salone del Mobile, says designers shouldn’t approach aircraft interiors as stand-alone environments but as extensions of a passenger’s lifestyle. “Our homes are becoming more minimal in design and content, with technology integrating and blending into surfaces,” she says. “Passengers are increasingly expecting that same understated domestic feel in the cabin, especially because the surfaces are so close to you.”
Hard Times Are Over
If the very companies responsible for replacing the tangible with the digital and thrusting sleek, shiny screens into our hands are now rethinking the visual and tactile characteristics of their technologies, so, too, should airlines, says Liliana Becerra, a professor, author, and designer whose recent clients include Huawei, Sonos and Zodiac Aerospace (now Safran). “The current approach to CMF in commercial aviation is still very traditional and needs to be pushed forward in general, according to emerging consumer and technological trends,” she says.
Becerra points to self-driving cars, which transform the ride into an opportunity to perform activities other than driving, as a site for innovative CMF design. These still-nascent environments, what she calls “in-between spaces” or “mobile living rooms,” use calmer, more muted colors, textures, and materials, as well as smarter surfaces. “Here, the approach to interior design is very different than the one traditionally used for commercial aviation interiors,” she says. “We can expect a similarly subtle approach to commercial aviation interiors moving forward.”

We’ve already begun to see flashy, in-your-face technology take a back seat in aircraft interiors with product launches for more discreet technologies. Take inductive charging and smart surfaces with embedded circuitry, for example. First integrations of Astronics Advanced Electronic Systems’ wireless charging module for Qi-enabled mobile devices are slated for rollout on aircraft in 2019. And, last September at APEX EXPO, Panasonic Avionics unveiled a suite of wellness features incorporated into a Collins Aerospace premium business-class seat, complete with a touch-sensitive passenger interface panel integrated into a backlit, wood-like laminate.
Although not a new consideration for designers, lighting is increasingly being conceptualized in tandem with CMF applications, as new materials open up greater possibilities. “Materials and lighting are now being developed together, as complementary elements that work in symbiosis to create a coherent look,” Kafel-Bentkowska says, pointing to Sekisui’s product Kydex Lumina, a thermoplastic material that selectively filters light into silhouettes, which is shortlisted for this year’s Crystal Cabin Award.
Remarking on the same welcome evolution in lighting, Rachael Gartside, a designer at factory design, mentions new options with solid materials, such as Corian, that can be routed to diffuse light in any pattern, as well as laminates, such as those from Schneller, whose visible patterns change according to the color of light in its surroundings. “I see a lot of potential in this area to add subtle elements that enrich the overall feel of quality and consideration in the cabin,” she says.

As efforts to temper tech multiply, so too does interior design seem to adopt softer, more inviting colors and textures more generally – good news for a company like ROI, which has specialized in premium wool fabrics for the past 85 years. “We see a wide-ranging desire for more coziness and softness as a counterpart to a world always getting more technical and hard,” says Katrin Hillel-Dahm, managing director and head of Design at rohi. 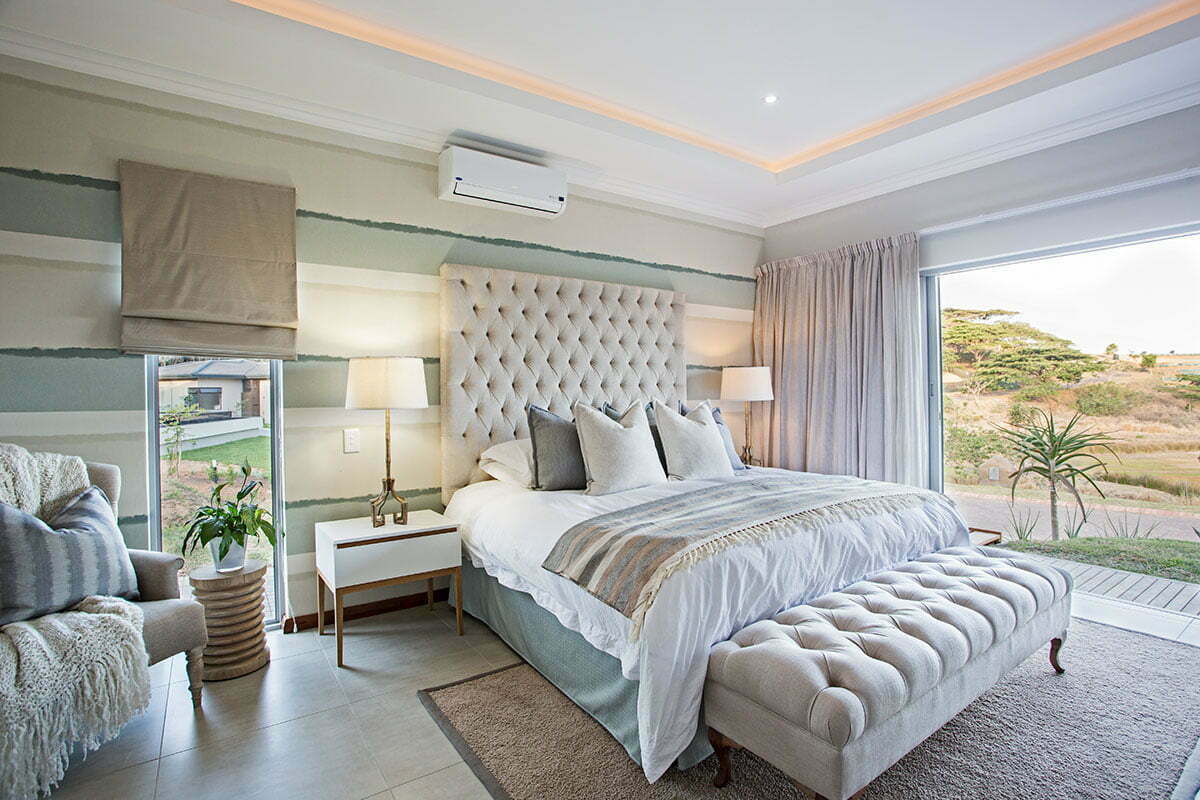 A furniture fabric maker at its roots, the company today counts Air France, Air Canada, and Qatar Airways among its airline customers, claiming to be “probably the only established aerospace supplier with a profound understanding of the domestic furniture sector,” Hillel-Dahm says. With warm, voluminous materials replacing synthetic fibers and leathers on the ground, Hillel-Dahm says rohi has the know-how to replicate the “feel at home” look in the air with lighter-weight variants.
Like rohi, Lantal draws inspiration from adjacent industries, accumulating these into a yearly trend report and corresponding Conceptual Forecast collection. Its most recent installment includes a “Fairytale” line highlighting imperfection, soft lines, and organic patterns, as well as one entitled “Genuine Matter,” which embraces a pared-down aesthetic with an emphasis on quality and rawness.