In Seoul, apartments with views of the Han River are, not surprisingly, prized commodities. Rarer still are those that open in the direction of two compass points. For locally based studio into, this 112 sqm bolthole – on the 11th story of a 30 story apartment building that sits diagonally to the river in the city’s Gangnam quarter – was a boon.
Designers and into co-founders, Daniel Song and Kate Cho say the views are ‘quite amazing – from the living room and bedroom, you see the river park, and from the office, you see the mountains with Namsan Tower, a major Seoul landmark, across the river.’
The east-west perspective had a direct impact on the design approach. ‘Since there is all-day natural lighting, we were able to be bold and use saturated colors and dark tones. And since the sunlight shifts throughout the day, we allowed the living room to be white so that it becomes a canvas.’

The relatively long and narrow layout of the three bedroom apartment, especially along the axis from the entrance to the living area, required a horizontal layering of textures and colors – not least Lasvit pendant lamps, Arflex chairs, and BD Barcelona Design accessories – to create distinct and separate visual zones. As Song puts it, the decision was to ‘add, rather than subtract or relocate.’ 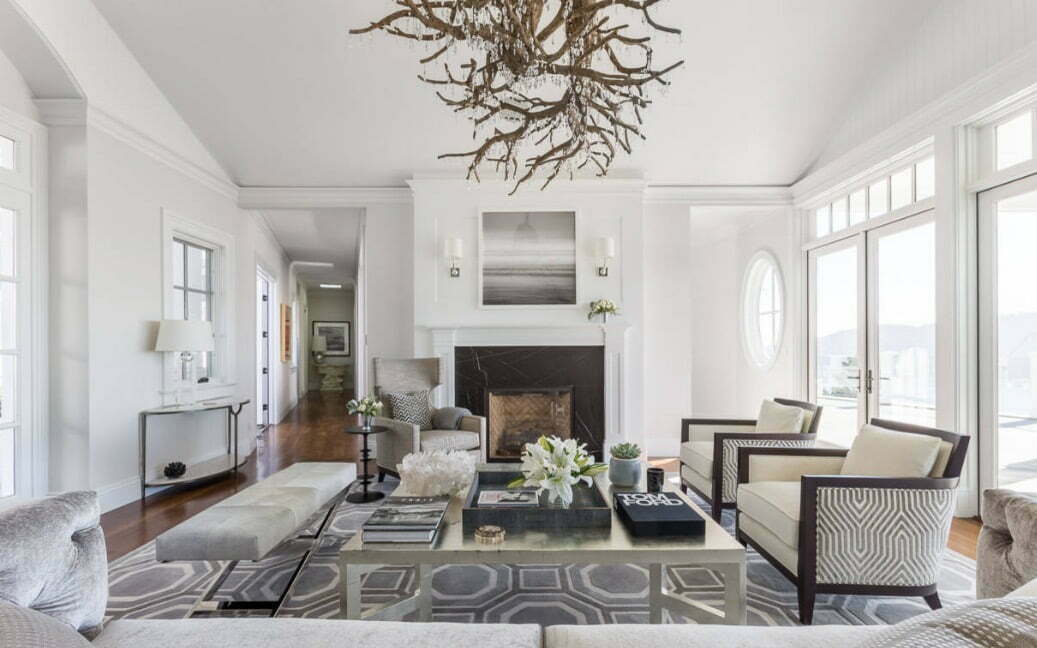 The result is an artful blend of Memphis and neo-deco. For the most part, the floor is whitewashed oak, while the atelier and library are sheathed in green marble, and walls are clad in mint and purple fabric panels. The bijou kitchen, meanwhile, features a brushed stainless steel counter and copper cabinets, alongside custom millworks in walnut and anodized metal.
For Song and Cho, the Seoul apartment is a useful shorthand for the DNA of their three-year-old studio which is currently working on the Seoul HQ of the Aju Hotels & Resorts group, and a VIP lounge for the Lotte department store. ‘The apartment’s design narrative comes from its existing condition and purpose. We had to create a visually inspiring, yet comfortable and embracing space.’ Mission accomplished, we say. §

By Orville Diaz
3 Mins read
Lindsey Black started out as a physical therapist, but her dream to be an artist always stayed with her and was allowed…