SACRAMENTO, Calif. — The cockpit of the 2020 Gladiator midsize pickup harks back to Jeeps of yesteryear.
The instrument panel design can be directly linked to models going back to 1941 with the Willys MB military cruiser from World War II and the 1954 CJ5. Chris Benjamin, 42, Jeep’s interior design head, says there was no temptation to push the envelope with the interior. The brand has a deep heritage and is stuck to it.
Benjamin spoke with Staff Reporter Vince Bond Jr. in March during a media event here about the creative process for the Gladiator’s interior, Jeep’s heritage, and how designers’ off-road trips over the years have helped shape their perspectives. Edited excerpts:
Q: Was it challenging to design a vehicle with a modern interior that stayed true to the Jeep heritage?
A: It’s tricky because we don’t want to do retro with the Jeep brand, but we realize we have a powerful history and respect it. We love it. We want to make sure it comes through in the product without feeling like someone has seen it before. That’s the trick to it.
Why were models from 1941 and 1954 picked for inspiration?
Those were the ones where the instrument panels had this slim, wide appearance. They were so clean, especially the MB. It was just metal. It wasn’t meant for consumption by normal folks; it was designed for the military. Once it was made for the public, it kept that clean impression that it always had. It’s refreshing. It gives you something you don’t find in interiors these days. A lot of vehicles you find they’re just very fussy, with a lot of molded plastic. It doesn’t have a clear theme to it.
We wanted to make sure to create a nice clean theme. Especially the midbolster running through the center and all of the vents being organized the way they are. It’s something that stands out, I feel.

What about the interior separates it most from the Wrangler?
I would say the rear part of the interior, the rear seat, and the functionality we put back there. The cars were designed together from the B-pillar forward, so it’s common, except for a few touchpoints — the Wrangler, for example, the Wrangler says “Wrangler” on the grab bar on the passenger side in the front. But at the rear, all of the functionality that we put back there, the seats having the stadium position, the fold-flat position, the storage underneath and behind — all of that is unique to the Gladiator. 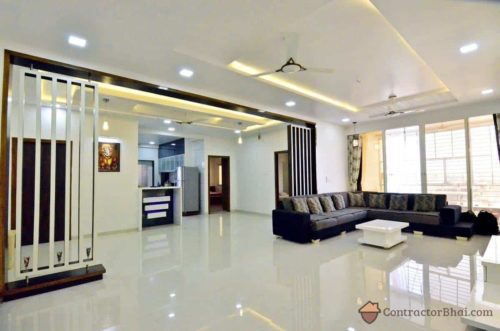 We really wanted to create a true truck. We have a lot of experience from the stuff we’ve done with the Ram brand. Borrowing from that, from those experiences, knowing what truck customers want, then doing the research. We really wanted to create an area back there that was full of functionality.
The Ram team was consulted on the interior?
Our interior design team is very close-knit. Ryan Nagode does the Ram stuff, and I have Jeep and Chrysler. We all work together. We talk every day, pretty much. Our interior design teams all sit together, and a lot of times, when we start sketching-out programs, we’ll have guys from both teams sketching. When you’re that compact of a team, you’re happy to share your experiences and knowledge.

I always tell people: I’m from New York City and grew up in Miami. I’m not, by nature, an outdoorsy person. The first time I was able to go off-roading, [Jeep exterior design head], Mark Allen took a group of us out. I’ve been out with him in Michigan. I’ve been out to Moab with him. It’s life-changing, especially Moab. It gives you a newfound appreciation for that enthusiast lifestyle, the guys that live that and do that every day. Trips like that are inspirational. You see how you use the vehicle, the things it can do, the capability of it. Bringing our passion to what our vehicles do, it’s really harnessing that experience into an object.

Was there a lot of pressure for this vehicle because expectations were so high?
Of course. Everybody has been waiting for this for so long. My designer who designed it, for him, having had recent off-road experiences before starting work on the program, really inspires you to come up with something different, something unique. That’s what we try to instill in our whole team, always to try to do something that hasn’t been done before. I think we did that with this.
You look at the competitive set, you get in them, and it’s like, ‘Oh yeah, it’s a midsize pickup.’ You’re sort of expecting what you see. I think in Gladiator, it’s something different. Even from the outside, it promises you something else, something more.

By Orville Diaz
2 Mins read
A bedroom is one place in your home that is more like your private sanctuary, the extension of your personality and personal…
Interior Design

5 Benefits of Installing Glass Partitions in Your Office

By Orville Diaz
2 Mins read
Office management teams are trying their best to improve the occupancy of their office space. Some of them believe that segregating different…